We must not forget Tahlequah, the mother Orca who carried her dead newborn for 17 days and 1,000 miles. Orcas are at risk of extinction. If we don’t act to save them in their natural environment (not tiny concrete enclosures) they will be gone.

Excerpt from a story in https://crosscut.com.

Beyond growing the local population from 74 to 84 whales over the next 10 years, in the short term the task force hope to witness evidence of consistently well-nourished whales and the survival of several thriving young Orcas by 2022.” 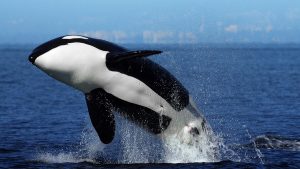 Excerpt from story in https://www.outsideonline.com. Read the entire story here.

“Our Salish Sea is under assault.  Fossil fuel projects and accelerating human activity and development are contributing to pollution, climate change and ocean acidification.

Learn about the amazing Orcas here.

What is the Salish Sea? Read the story here.

Action: Submit your feedback on draft recommendations by October 7, 2018.

In this survey, you will have an opportunity to comment on each of the major sections of the report, as well as voice your support or opposition for specific draft recommendations.

Your feedback will be provided to the task force in advance of the October 17–18 task force meeting so that they may consider it as they formulate their recommendations to Governor Inslee.

Deadline to submit comments through the survey: October 7, 2018