Nobody Is Above the Law—Mueller Protection Rapid Response 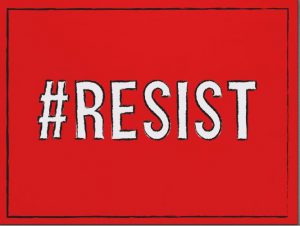 What: NOBODY IS ABOVE THE LAW RALLY

NOBODY IS ABOVE THE LAW RALLY
Donald Trump just crossed a red line, violating the independence of the investigation pursuing criminal charges in the Trump-Russia scandal and cover-up. Trump putting himself above the law is a threat to our democracy, and we’ve got to get Congress to stop him.

We’re mobilizing immediately to demand accountability, because Trump is not above the law. Once you sign up, make sure to invite friends to join you at the event! Note: If you choose to attend an event, you agree to engage in nonviolent, peaceful action, to act lawfully, and to strive to de-escalate any potential confrontations with those who may disagree with our values.