The Enhanced Background Check for Assault Weapons Bill (HB1387) stalled in the House Committee on Judiciary in the Washington State legislature on Friday.  Please contact our  state congresspeople and encourage them to act on this bill now, rather than delaying it for at least a year at great expense by pushing it to a ballot initiative.

Action: Contact our leaders in the house and senate

Let our leaders know we want assault weapons to have the same level of scrutiny as handguns have.  Handgun purchases now require a background investigation by police, as well as the instant check through the National Instant Criminal Background Check System (NICS) at the shop.  HB1387 requires the same of assault weapons, no less.

Let our representatives know we support this bill

A Message from Tim Moses

My name is Tim Moses. I live in the 35th LD outside of Olympia. I’m a former Paramedic and Navy Corpsman. I’ve carried an M16, and treated people shot with them.

I need some help tonight. In light of the recent killings in Florida, and the near-miss we just had in Everett, I think you might be motivated to help.

I’m typing with the “assistance” of my toddlers today, so bear with me.

Sometimes working on these bills… reminds me of the reasons I work on these bills, so Im also both furious and near tears, so bear with me.

I testified this year in support of Enhanced Assault Weapon Background Checks. This is a really important bill to me, it will literally save lives all by itself. It could keep the next disgruntled abusive high school student from buying an AR15.

A few politicians would prefer to sit on the bill for short term political gain, rather than debate and vote on the bill.

Those legislators need a shove.

Senator Sharon Nelson says that we should do a ballot initiative. A ballot initiative would delay this until next year and cost millions of dollars to promote and defend. I would prefer that our elected Legislators pass good legislation, since we’re already paying them to do that.

Frank Chopp, as Speaker, has a lot of power to either block this bill or bring it to the floor.

Dont worry about bill numbers or talking points, but will you guys join me in calling Sharon Nelson and Frank Chopp and asking them to bring Enhanced Assault Weapon Background Checks to the floor for a vote?

In a nutshell; handgun purchases require a background investigation by police as well as the instant NICS check at the shop. This bill requires assault weapons the same level of scrutiny, no less.

In Texas, the convicted felon who murdered an entire church bought his AR15 having passed the instant NICS check. The police denied him a concealed carry permit after a brief investigation, even thought he passed NICS. Had they done a cursory investigation into the guy, he couldn’t have legally bought his rifle. This stops that.

It’s bad for everyone if we let our legislators softly and quietly kill bills that they are too afraid to vote on.

Please pass this on to friends as well.
#expectus#enough

Resources:  Did You Know Assault Weapons Are Not Protected By the 2nd Amendment… in Maryland?  Let’s make it all states.

For More References, See our Topics page on gun control 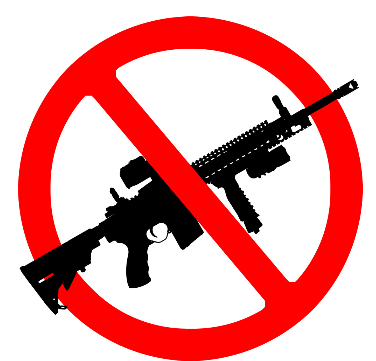 Receive notifications of our Actions by email, by text or on your personal news page.

Volunteer to Help Out

Gain experience in WordPress. Write articles on topics of interest to you. Scout for interesting events or organizations. Do public outreach.

We have a range of ways you can plug in.